I’m very honored to sit down with Mickela Mallozi, Emmy Award-winning host of the PBS travel and dance series Bare Feet. Mickela has had a passport since she was just 2 years old, and to this day still loves to travel the world, experiencing it one dance a time. She shares her amazing journey from unknown dancer to successful TV host, what travel means to her, and what to expect from the upcoming third season of Bare Feet.

Mickela Mallozzi is the four-time Emmy® Award-winning Host and Executive Producer of Bare Feet with Mickela Mallozzi, a travel series highlighting the diversity of dance which airs on public television stations nationwide and on Amazon Prime globally.  A professional dancer and trained musician, Mickela decided to start a journey around the world, taking her camera with her to follow dance in the lives of everyday people wherever she went.  From re-discovering her family’s heritage in Southern Italy to dancing tango on the main stage in Buenos Aires, the series covers Mickela’s adventures as she experiences the world, one dance at a time.  She has been featured in The New York Times, Travel Channel, Dance Magazine, Forbes, and more, and she has performed on various television shows including Sesame Street and The Doctor Oz Show.

Enjoyed this episode?  If so, I would so appreciate if you could rate, review and subscribe on Apple Podcasts (or wherever it is you listen to your podcasts). It really helps more people find the show.  Thank you!

Lisette Austin is an award-winning travel podcaster and award travel expert. Learning how to “travel hack” has saved her over $105K in travel costs and opened the door to amazing travel experiences. She has traveled to 25 countries on 5 continents, and loves inspiring others to travel more.
Prev

This site uses Akismet to reduce spam. Learn how your comment data is processed. 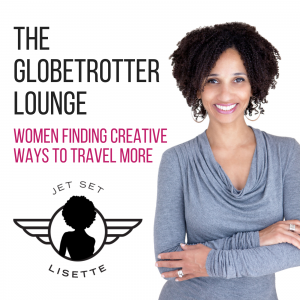 Join me every other week as I have conversations with women who have found creative ways to travel more. Their stories are sure to inspire and motivate you to become the globetrotter you’ve always wanted to be.

LEARN HOW TO EARN MILES 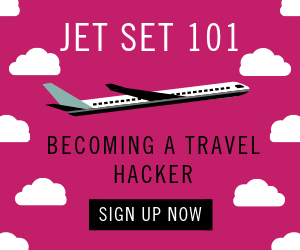 Join my newsletter and get my latest podcast episodes and blog posts delivered to your inbox. No spam. Only travel inspiration.